I was so proud of Logan. Today was his second day of kindergarten. Yesterday I walked him to his classroom so he knew where it was and where to put his things. I asked him this morning if he wanted me to walk him and he said, “no, I’ve got this”. I let him out at the curb with the big kids and he headed towards the building. No tears and I assume he found his class because nobody called me.

You might remember he had a hard time in Pre-K with a couple kids pushing, biting, hitting, him. They would tell him he had to give them certain toys or money to be their friend. Well, he told me last week, just out of the blue “those kids at school last year weren’t good friends to me, but I made better friends at camp and I’m going to find new friends in kindergarten”. I hope he does, but I’m so encouraged that he recognizes the difference now.

He’s grown a lot this summer and I think your school and camp have had a very positive influence on his confidence.

Jen, mom of Logan, age 5, who did 9 weeks of summer camp and is in our Tiny Ninjas program 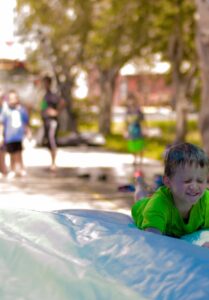 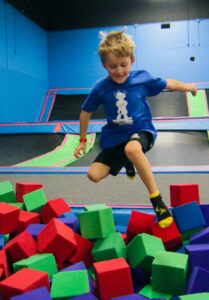